Humble Brag: n. – A form of self promotion where the promoter thinks they are, almost subliminally, bragging about themselves in the context of a humble statement or complaint. (via Urban Dictionary)

Unfortunately this has become quite the trend on most forms of social media, facebook is at the top of that list. So let’s break it down – what are examples of the humble brag …

It goes on and on. And unfortunately, I am not “un-guilty” of this. It also becomes confusing to decipher the humble brag from sarcasm.
So check yourself (yes – before you wreck yourself) and I beg  you – know when to say when …
Only YOU can stop humble bragging.
June 12, 2011 0

I was going through my draft posts and found this titled “where did the summer go” … well summer and fall have long come and gone, but I figured I’d post this anyway.

Kicked off the first week of May in NYC and haven’t really stopped going since!

Here’s what else has been going on:

I can say in advance it was a FABULOUS summer!

I’m working on an overall fabulous year in review – but here’s what WordPress said about my blog. Look for fabulous things to come in 2011 – I know I will!

The stats helper monkeys at WordPress.com mulled over how this blog did in 2010, and here’s a high level summary of its overall blog health:

The Blog-Health-o-Meter™ reads Fresher than ever. 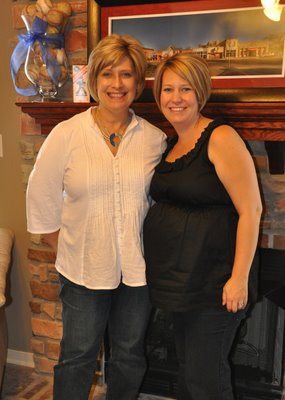 The busiest day of the year was January 27th with 148 views. The most popular post that day was Preparing for Ice Storm 2010.

Where did they come from?

These are the posts and pages that got the most views in 2010.

everything you wanted to know… April 2009

The other day at lunch, I ventured out of the office and headed to Hobby Lobby for the first time in a long time. Wrapping paper was ½ off so I was sure that would inspire me and jump start the holiday spirit, because I love to wrap presents. I’ve even considered working quarter time at Dillard’s or some department store but only in their wrapping department.
But it didn’t – Hobby Lobby was already a nightmare – the ornaments are completely picked over and half broken or chipped, missing jewels or whatever adornment was supposed remain attached at least through this holiday season.
I’m sure I’ll go back – I can’t stay away from the lobby that long. However, I do hope they get their act together and clean up their store.
I guess this is to be expected when Christmas starts right after Easter. 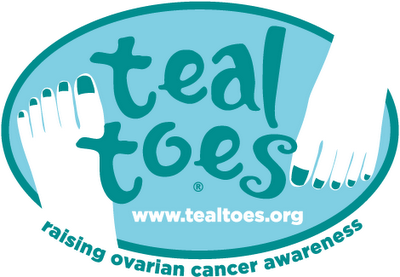 I saw this on In This Wonderful Life who was deeply touched, as I immediately was, by Bumpkin on a Swing …

I’ll be repainting from Razorback Red to teal tonight for sure!

So, what are you waiting for???

I have no clue what brought this on, or when it started – it’s just always been that way, and I think it will probably remain.

Now don’t worry, I’m not going to freak out if faced with and odd #. It’s more a personal preference and if I get a choice, I’ll pick an even #. It doesn’t really apply to items or decor, we have 3 seating options – I’m ok with that. But if I can see the # … even all the way.

Ironically, 37 is my favorite # – if you know me you know my exaggerative # is always 37-thousand.

Today marks 50 days until the first Hog Football game and the start to possibly the greatest time of the year – Razorback Tailgate Season!

To mark the glorious occasion, I’ve included a list of just a select few reasons why Ole Miss Sucks!

– Contrary to the popular belief, J. Crew gear does not give you elegance.
– Their idea of tailgating is hanging a chandelier in the Grove, eating catered food off fine china, and finding a fantabulous centerpiece for their table.
– Houston Dale Nutt.
– 5 of the 6 SEC West teams have appeared in the SEC Championship game. Guess which one hasn’t made the trip?
– The Manning Legacy? Sucks. The Mannings played 11 seasons in the SEC. Only Peyton ever won the conference, and he had to go to Tennessee to do it.
– Hotty Toddy.
– The Walk of Champions? It must go to the visitors’ locker room.
*List courtesy of RockCity Outfitters – seller of all t-shirts awesome! Of which I have already purchased the “Ole Miss Sucks” shirt.

I must say I agree with all of the above EXCEPT the decorating part – we have red feather boas and chandeliers in the  ladies tent and they are down right fabulous.

I finally broke down, as did my Accord, and bought a new (to me) car. It was time.

I will say of course it was very nice not having a car payment, but the few hundred dollars a month I was putting into maintenance and attempted “band aids” to a problem that couldn’t be diagnosed, really turned into more of a scheduled car payment than I wanted on a paid off car.

As some of you know from previous entries, I’ve wrecked my fair share of cars – at one point, I was involved (not responsible for) in accidents that totaled out 3 cars in the course of 18 months. I’d been very lucky with my Accord in that it was not involved in a wreck  – just took another turn toward death. About every 4 – 5 weeks, it would just die and not one single mechanic could figure out why. When it died one night in the rain going 70 mph down the highway, that was the last straw.

I’m now about 6 weeks in to owning this:

An Acura MDX, gently used.
I am really enjoying it so far, it’s nice to be able to go Sam’s and buy everything we need and not have to borrow someone’s truck to bring it home, or to go furniture shopping and not have it take an entire day and driving back and forth across town to borrow a truck and drop off our purchases and then take the truck back… it pretty much doubles your time.

It will also be awesome to actually jump the curb to tailgate instead of parking in the lot and carrying everything over the river and through the woods and then back again after the game is over.

I have grand memories of going to Southeast Arkansas throughout all the summers of my childhood, but especially for every 4th of July. We would head out on the 6 hour drive crossing corner to corner of the state {before 540 was built}, each time stopping in Russellville for hamburgers and fries at the only Whataburger I’ve ever known (and will ever support), stopping in North Little Rock to see my grandpa for the 10 minutes he could handle children in his house, stopping just south of Pine Bluff to buy an inordinate amount of fireworks, stopping in Star City for milkshakes – the best in the state, and finally making it to Dermott at some point in the late afternoon and always in time for the fish fry.

On the day of the 4th, we would spend the entire day at the pool, drinking red kool-aid and then seeking air-conditioned comfort and playing duck hunt on the original Nintendo. My cousin (who also was allotted an inordinate amount of fireworks) and I would lay out all of our loot and trade items as if we were bartering for gold and precious gems, then we would make our younger cousins and siblings come in and purchase fireworks from us – knowing full well they’d all get lit in the same spot in the middle of the street in front of our uncles house no matter what.

Going into the evening of the 4th my uncle would roast a pig for everyone, and in return, everyone would bring an ice chest FULL of beer – PBR and Budweiser being the beers of choice – not just for hipsters. All of us kids would line up for the assembly line of mosquito repellant application with the last step being a heavy spray of straight DDT, more than likely personally bottled by one of our mothers as the truck drove by each and every afternoon.

Once it got dark and our sparklers and pop-its and smoke bombs and snakes ran out we would sit in awe as our drunk fathers and uncles would commence to blowing things up, tying things together and blowing them up, throwing firecrackers at things to blow them up … I remember one particular blowing-things-up event when a police cruiser drove over and stopped on top of an already lit pile of explosive, yet not yet exploded – I’ve never heard a louder mixture of yelling and laughing – the police cruiser did not explode.

As we enter into the week of the greatest summer holiday, I hope you can have only as much fun as I remember growing up a total and complete redneck child.