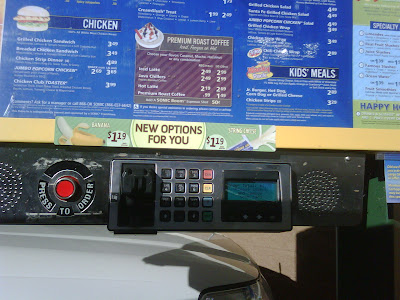 I LOVE Sonic, but this is just plain wrong.
Especially since I can get a chocolate banana milk shake for $1.59 and that comes with a WHOLE banana, ice cream made with 2% milk (dairy) and real chocolate (sanity saver and antioxidants)! 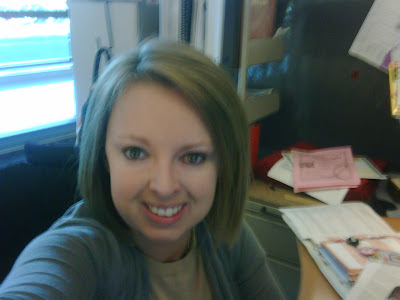 If for any reason you forgot what I looked like with blonde hair – just read any other square inch of my blog…
Don’t ask, because I don’t know what my natural color is… =)

Here’s my two cents on the first 4 comments from the previous post:

It is true that EVERYONE misspeaks and makes mistakes – as we all learned at an early age, there is a difference between facts and conceptual thought. As we’ve learned from the post and the comments, Palin and Binden made documented incorrect statements – both were chastised in the eye of the media and most of the American public.

HOWEVER, To change one’s mind and stance on “topic” is not only human nature but actually shows thought process and the ability to CHANGE, grow and learn. This is possible across the board and it’s been clear that this has been a learning opportunity for the past few weeks. We’ve all learned that our economy is beyond a “simple bailout” and that we all must make a conscious effort to make a personal change in our lives.

As for uninformed voters – I think they should be shot… not mortally wounded but, ya know…
Ok, so maybe that’s a bit harsh but I don’t think there is ANY excuse for being an uninformed voter. ASK questions, WATCH TV – and watch all the channels, not just the one that swings your way… listen to NPR, or heaven forbit READ something or everything you can.

You may already have your mind made up, however, don’t vote in one direction because that’s what your parents do or what your husband does or the way your company tells you to!!! But do know what you are voting for.

Here is a mock ballot for the state of Arkansas (note: doesn’t include local and county amendments and elections) http://www.sos.arkansas.gov/mock_election/pdfs/2008/paperballot.pdf
Please search the internet for your mock ballot – BECOME INFORMED, IT’S NOT TOO LATE.

Again, as previously stated: If you disagree with me, that’s fine – that’s your right as an American – hopefully a voting American. DO NOT make some snarky comment about my political views and I will not personally attack yours… and I will if provoked.